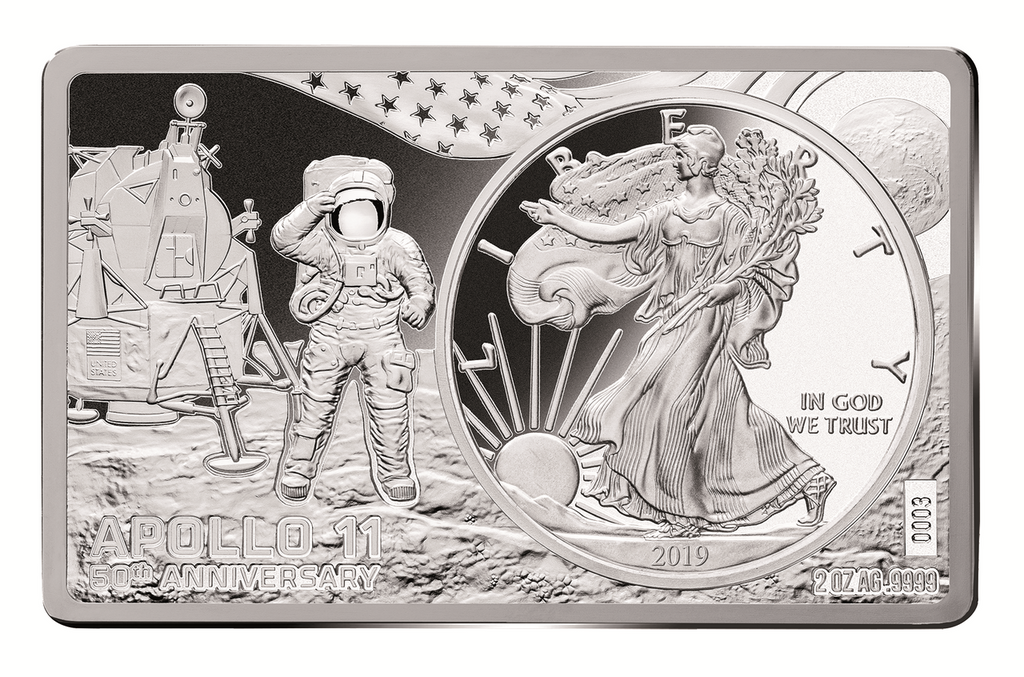 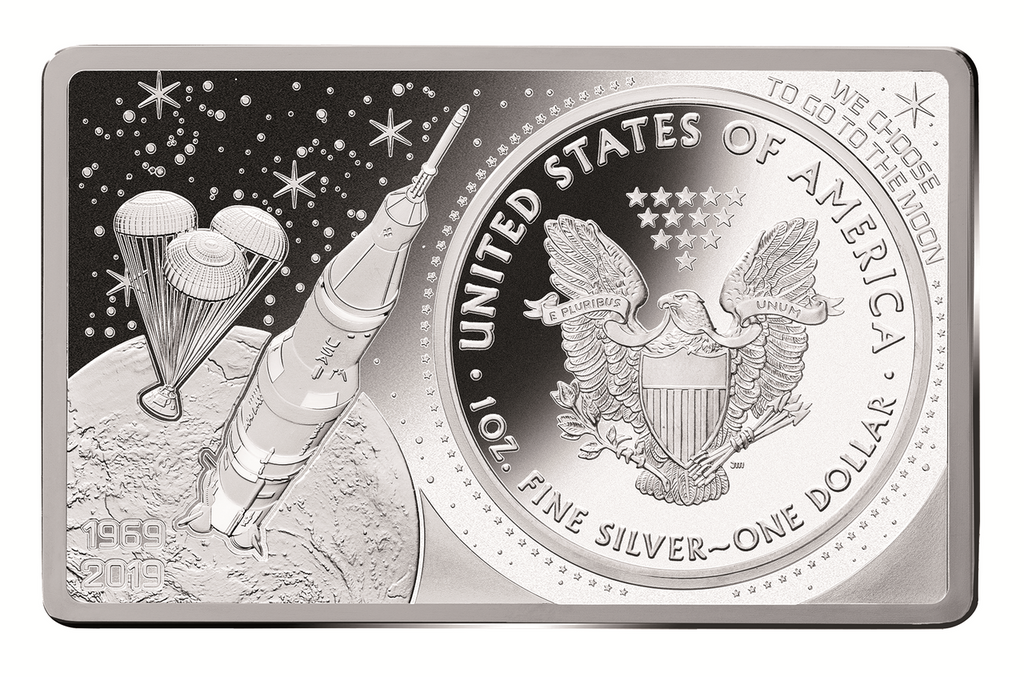 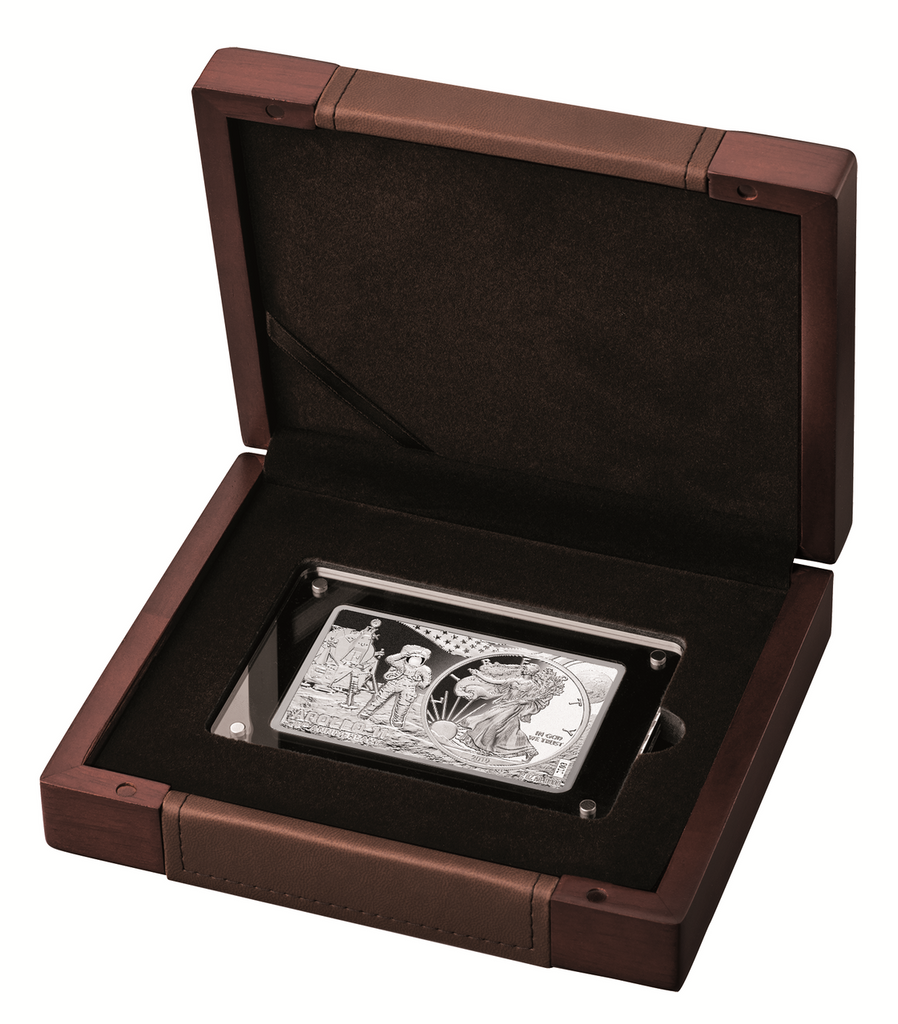 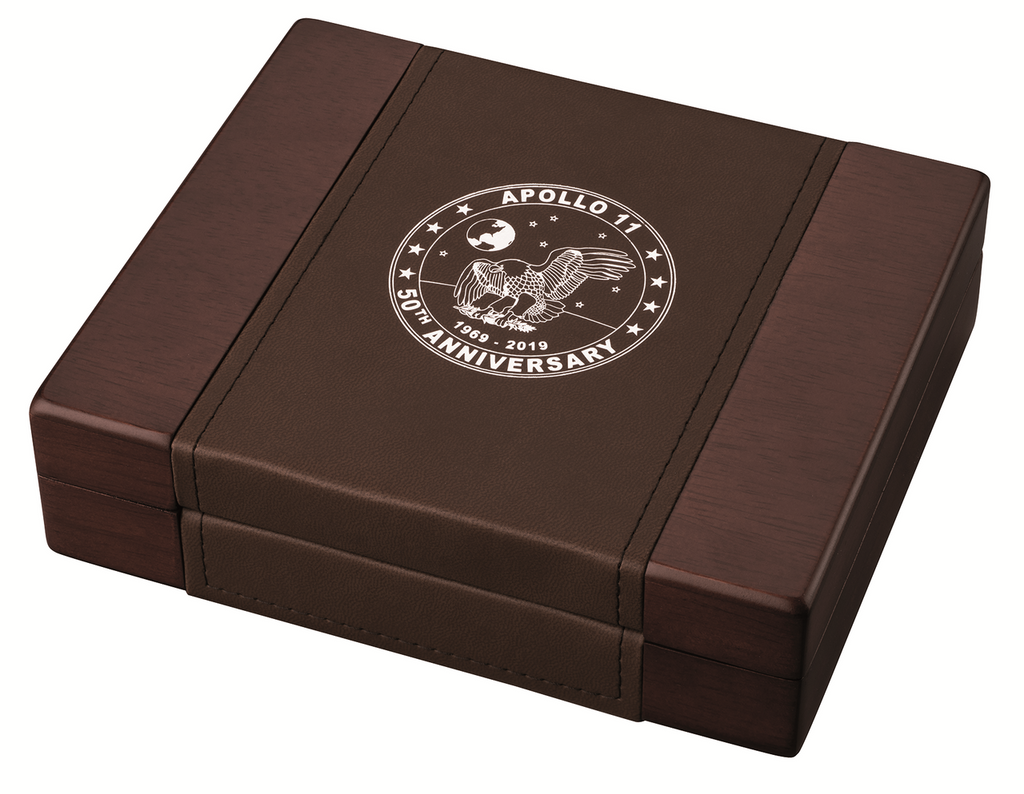 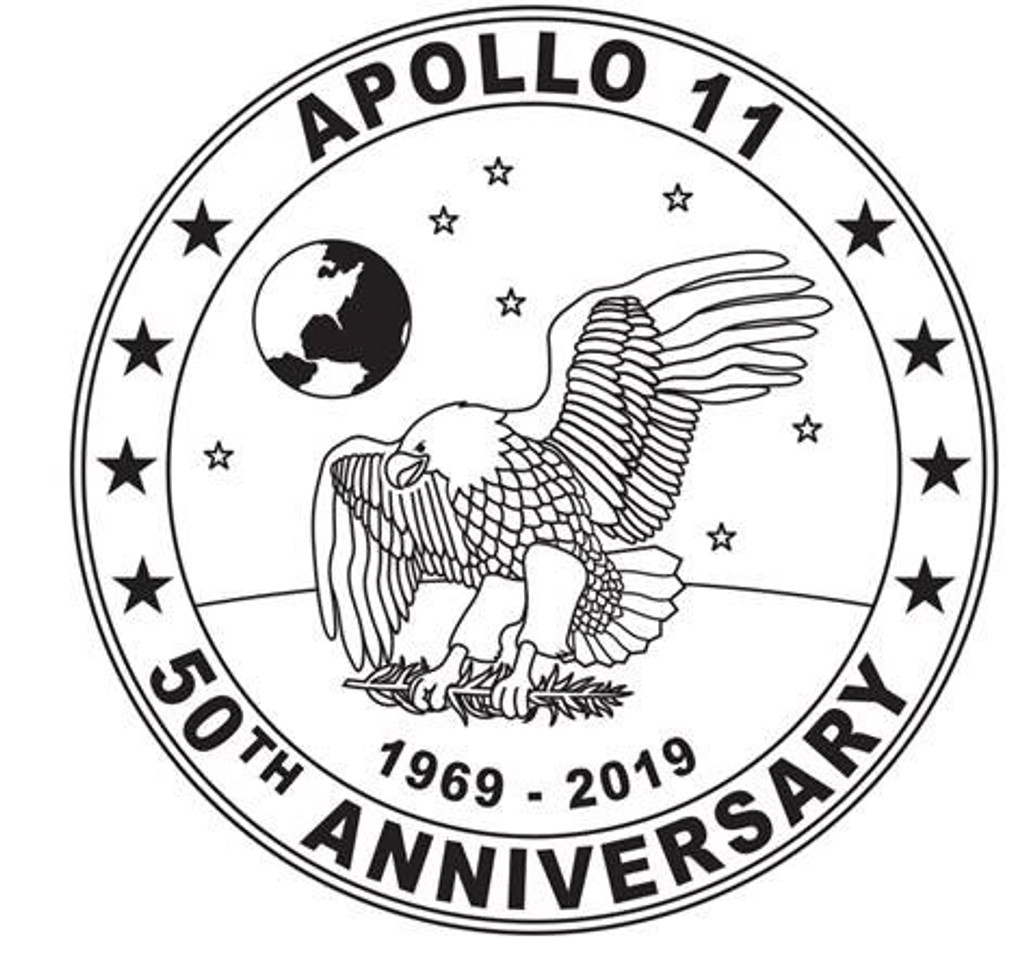 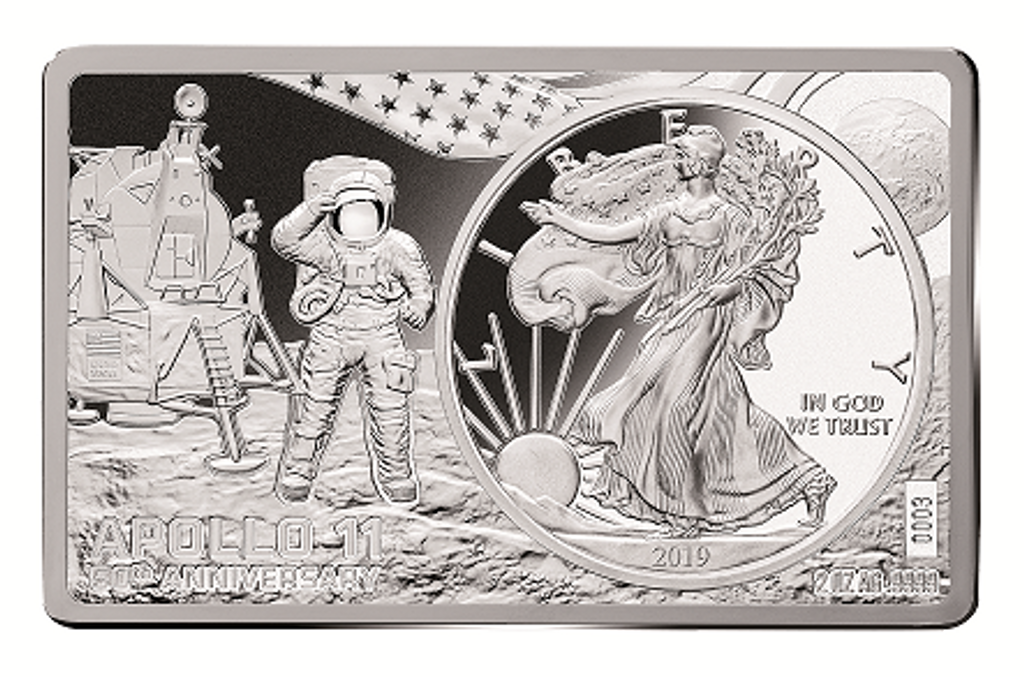 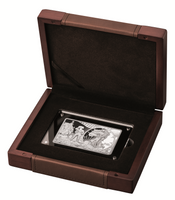 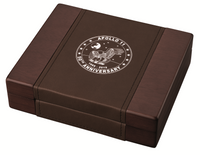 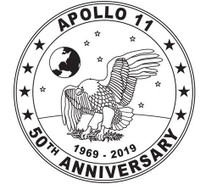 This premium commemorative set recognizes the 50th anniversary of the Apollo 11 mission and the first manned landing on the Moon.  On July 20, 1969, America and the world watched as Neil Armstrong and Buzz Aldrin took mankind’s first steps on the lunar surface. This unprecedented engineering, scientific, and political achievement, the culmination of the efforts of an estimated 400,000 Americans, secured our Nation’s leadership in space for generations to come. The national goal set in 1961 by President John F. Kennedy was fulfilled when the crew of Apollo 11—Armstrong, Aldrin, and Michael Collins – safely returned to Earth on July 24, 1969.

This premium set includes a 2 oz Silver bar holding the official 1  oz 2019 American Silver Eagle coin.  The obverse features the Walking Liberty with the Apollo 11 Lunar Lander and saluting astronaut on the Moon.  The reverse reveals the Heraldic Eagle depicted with the Saturn V rocket at takeoff to the Moon and Lunar Module at splashdown upon return from the Moon.  President Kennedy's famous quote " We Choose to go to the Moon" is echoed on the bar.

Both pieces are struck in .999 pure silver and are highly limited to 1969 pieces worldwide.  Each set is individually numbered on the bar and includes a COA.