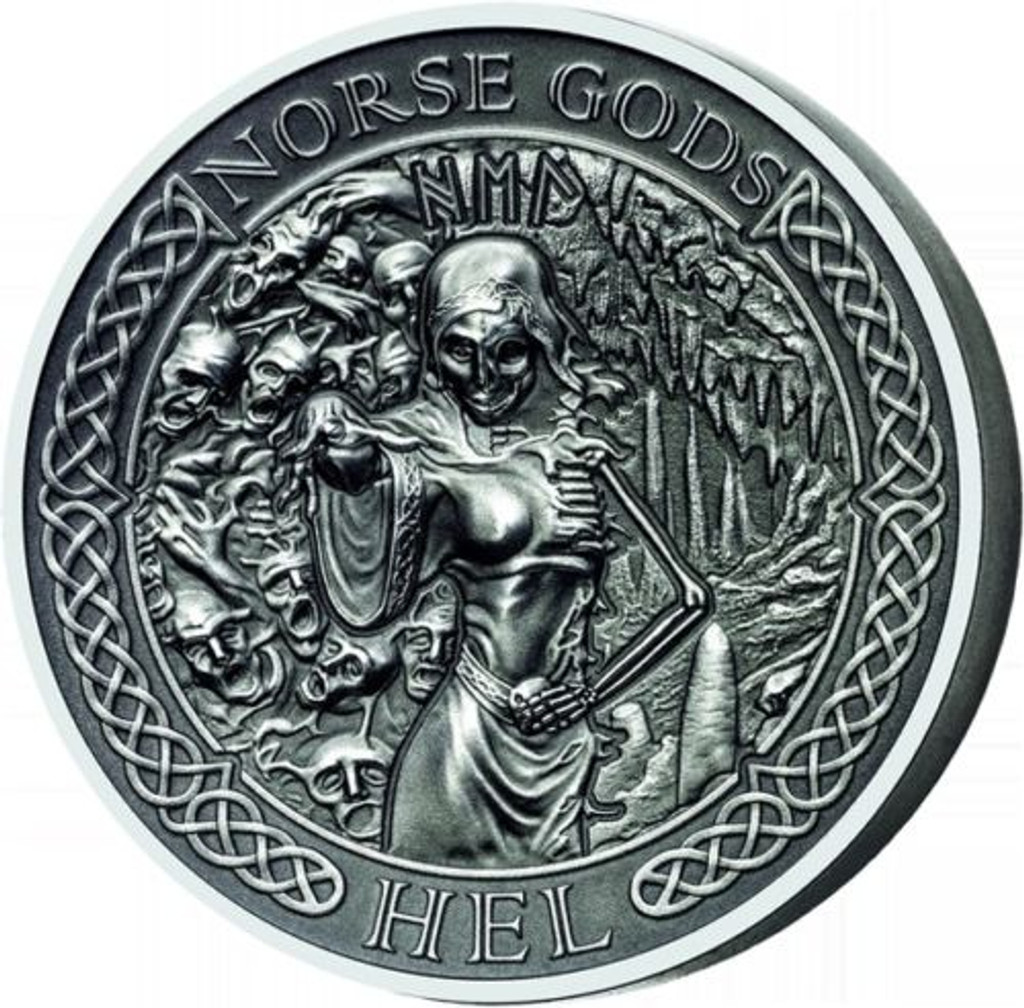 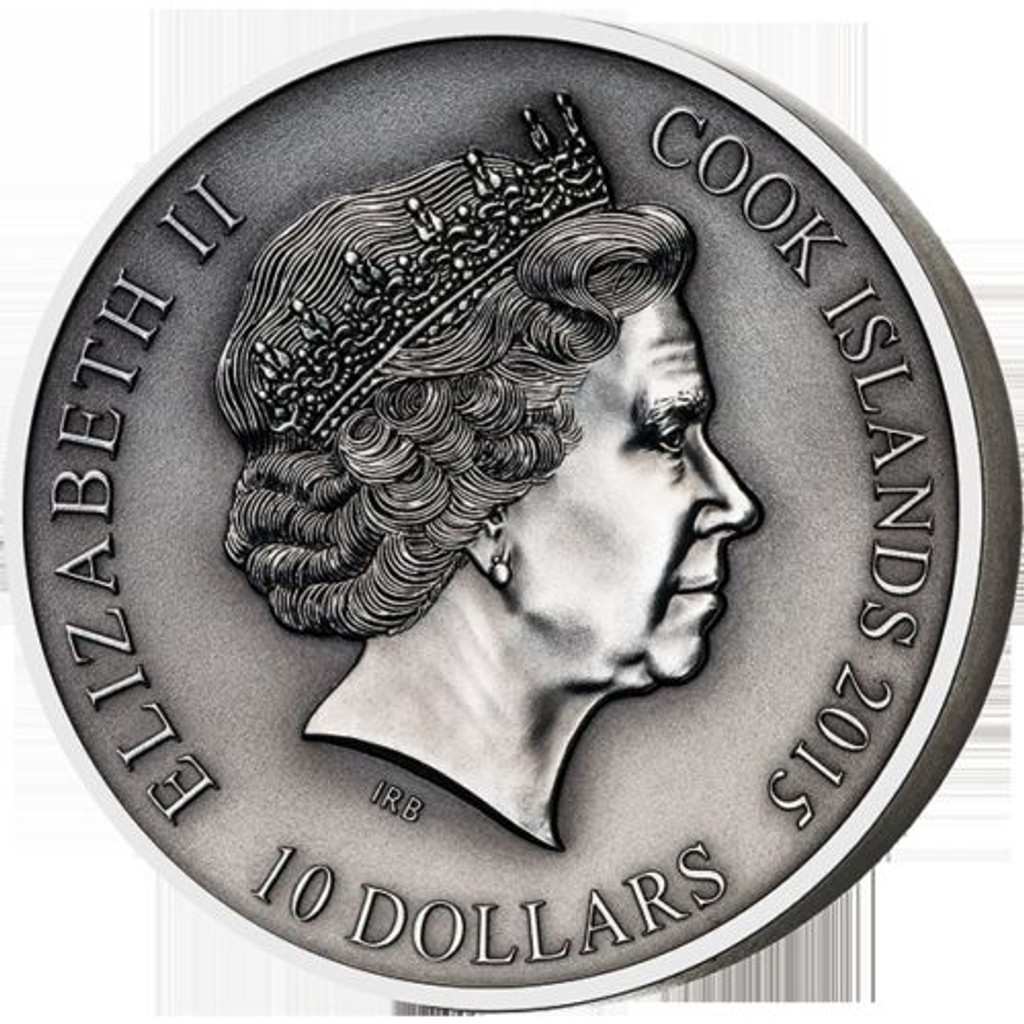 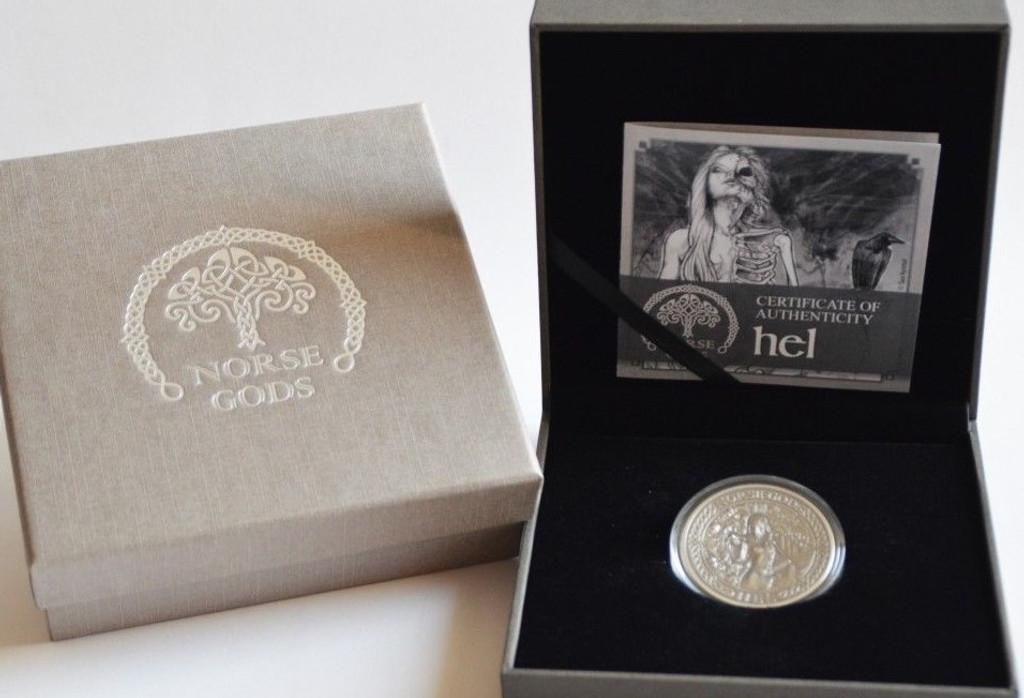 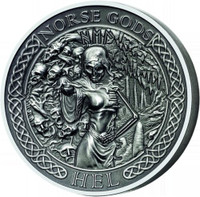 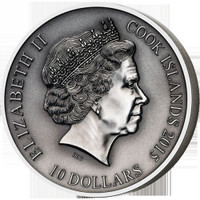 The fourth coin issue of the series "Norse Gods" featuring Hel, is a giantess and goddess in Norse mythology who rules over Helheim, the underworld where the dead dwell. The coin is minted with an exceptional High Relief technique. In combination with the high relief, the Antique Finish enhances the majesty and greatness of 2oz precious .999 Silver Coin.

COA and display box included. Only 1000 pieces worldwide.   SOLD OUT at the Mint!

The coin's reverse depicts Hel, with one hand ready for war. Hel is pictured as being half-alive and half-dead. She sets in judgement of souls which have not been able to go to Asgard's many halls. If you do not die in battle, chances are you will find yourself in Her realm. Hel is not death nor any evil being; she neither kills nor torments. She takes the souls of the departed and holds them with an inexorable grip. She is the hard reality which lies at the end of all things. On top coin the inscription "NORSE GODS" and on bottom "HEL". The coin's obverse depicts the effigy of Her Majesty the Queen Elizabeth II, the issue year, the face value and the issue country.