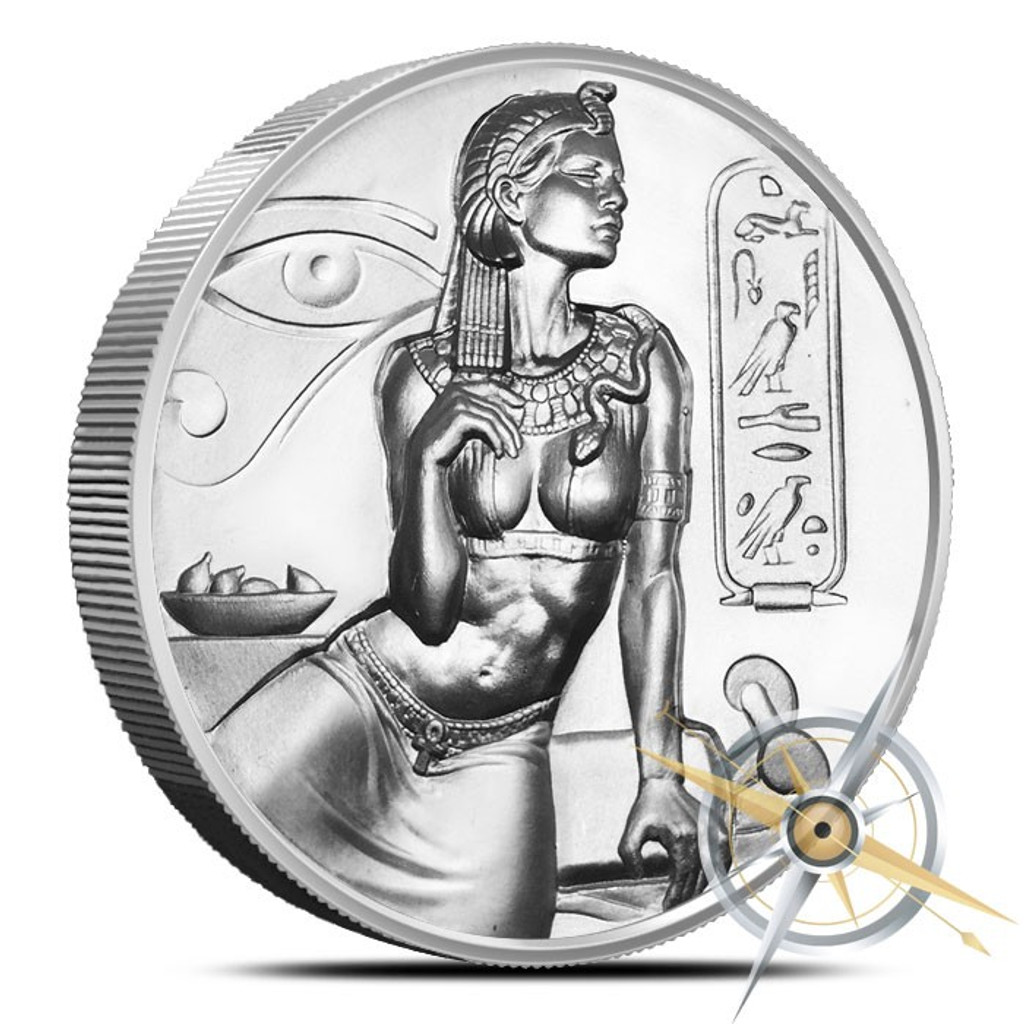 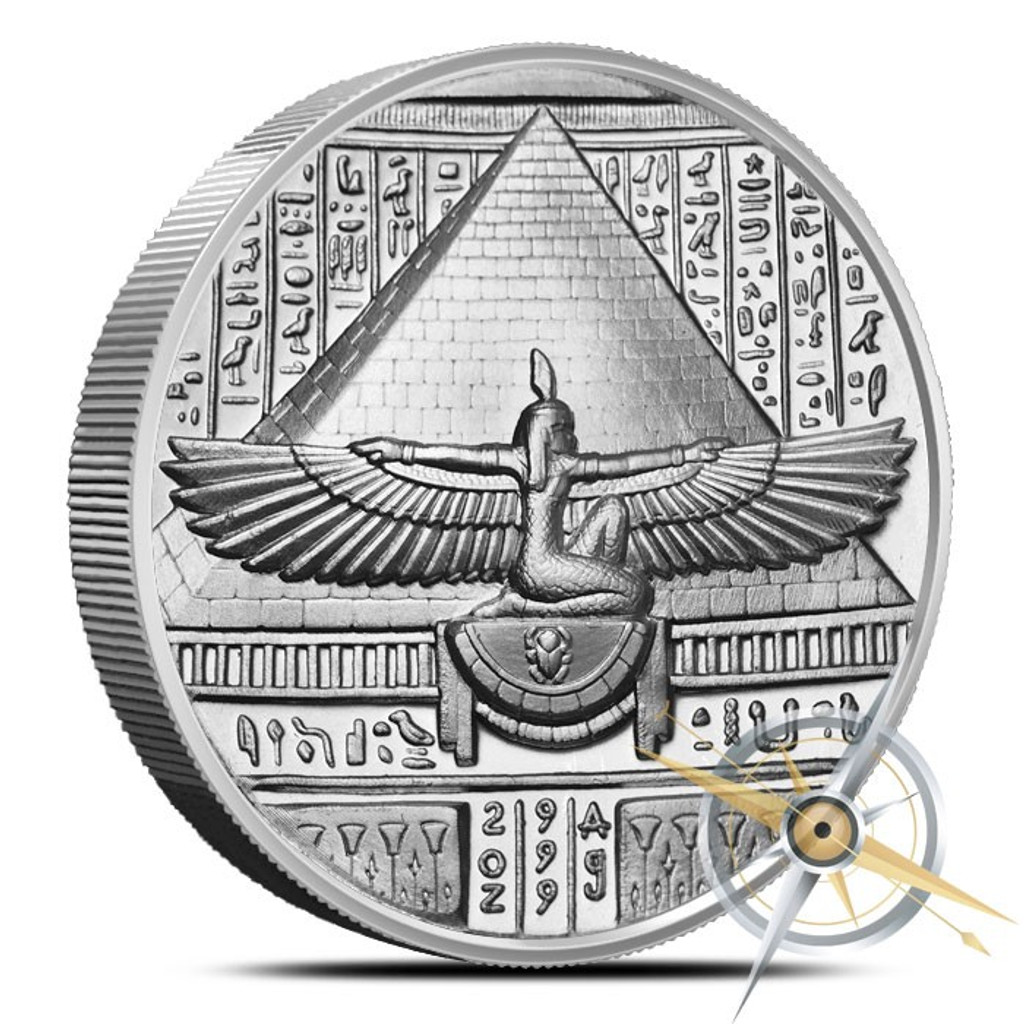 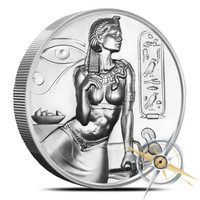 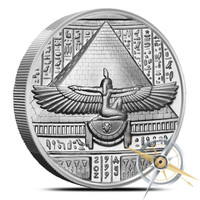 Celebrating one of history’s most captivating rulers, the Cleopatra High Relief Silver Round is composed of 2 troy oz of .999 fine silver — eligible for contribution in your self-directed IRA.

The obverse of each Cleopatra Silver Round is sculpted in the incused style of ancient Egyptian hieroglyphic carvings. Rising from the surface of the round, Cleopatra comes to life through subtle movement, indicated by the space intentionally left void behind her neck. Because her face is not incused, she appears to be moving forward.

To her right is the cartouche of Cleopatra — a vertical oval featuring a horizontal line at the bottom, signifying that the inner text was a name of royal lineage.

To the left of Cleopatra sits the Eye of Horus, sculpted by the incredibly talented Heidi Wastweet, using a groundbreaking technique never before seen on a precious metal bullion round. This Ultra High Relief element features varying heights and depths, both incuse and raised above the field.

Below the Eye of Horus sits a bowl of figs, which Cleopatra's servants used to smuggle in a poisonous snake called an asp, which slithers down her shoulder and neck. It is widely believed that Cleopatra committed suicide through the lethal bite of an asp. The tragic scene was immortalized by William Shakespeare in Act V, Scene II of Antony & Cleopatra

The reverse of each Cleopatra 2 oz Ultra High Relief Silver Round features the Goddess Isis — of whom Cleopatra was said to be the reincarnation — situated prominently at the center. The banner of the scarab beetle rests below. The scarab beetle was a symbol of great power in ancient Egyptian mythology, responsible for pushing the sun into the sky at dawn.

The Hieroglyphics on the field were taken from ancient Egyptian papyri, featuring writings about Cleopatra. The pattern to the left and right of the weight-and-purity hallmark can be found on the outer wall of the Temple of Horus. They represent a bed of lotus reeds blooming in the Nile.